Times Studio, the magazine’s visual content division, is developing a new children’s television show based on the popular NFT collection “Robots.” Robots is a collection of non-fungible tokens (NFTs) created by artist Pablo Stanley, consisting of 10,000 droids with over 170 personalities. NFTs are digital collectibles that may be purchased with both fiat currency and cryptocurrency. Stanley stated that bringing characters to life and developing a universe around them has long been a goal of his. This is one of the first efforts to leverage NFTs’ native IP to generate a television show.

“Robotics is a group of droid characters created by Pablo Stanley and released as NFTs. They’re made up of a variety of metal clothes, tin faces, digital attachments, top parts, faces, backpacks, arms, and colors, according to Robotos’ official website. The Times Studio’s TV content makers feel that the chance to collaborate with NFT producers remains unexplored, according to The Hollywood Reporter. As a result, they picked Stanley’s robot inventions to investigate the prospect of adapting NFTs into television characters.

“In the NFT arena, there is so much fantastic IP being produced. Time president Keith Grossman was reported as stating, “We are proud of the role Time can play in providing these creators with our platform and access to other mediums, including cinema and TV, as the ecosystem continues to evolve and reach mainstream adoption.”

Buyers will receive animated GIFs, PNG files, and resolution-free SVG files as NFTs. According to the information on Robotos’ web page, each NFT costs about 0.7 Ether ($ 3,054). (Roughly Rs. 2.2 lakh). The NFT artist has been uploading photographs of what they look like on Twitter to keep the buzz going. 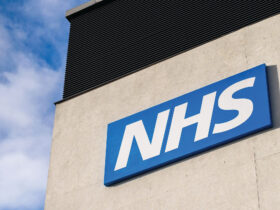